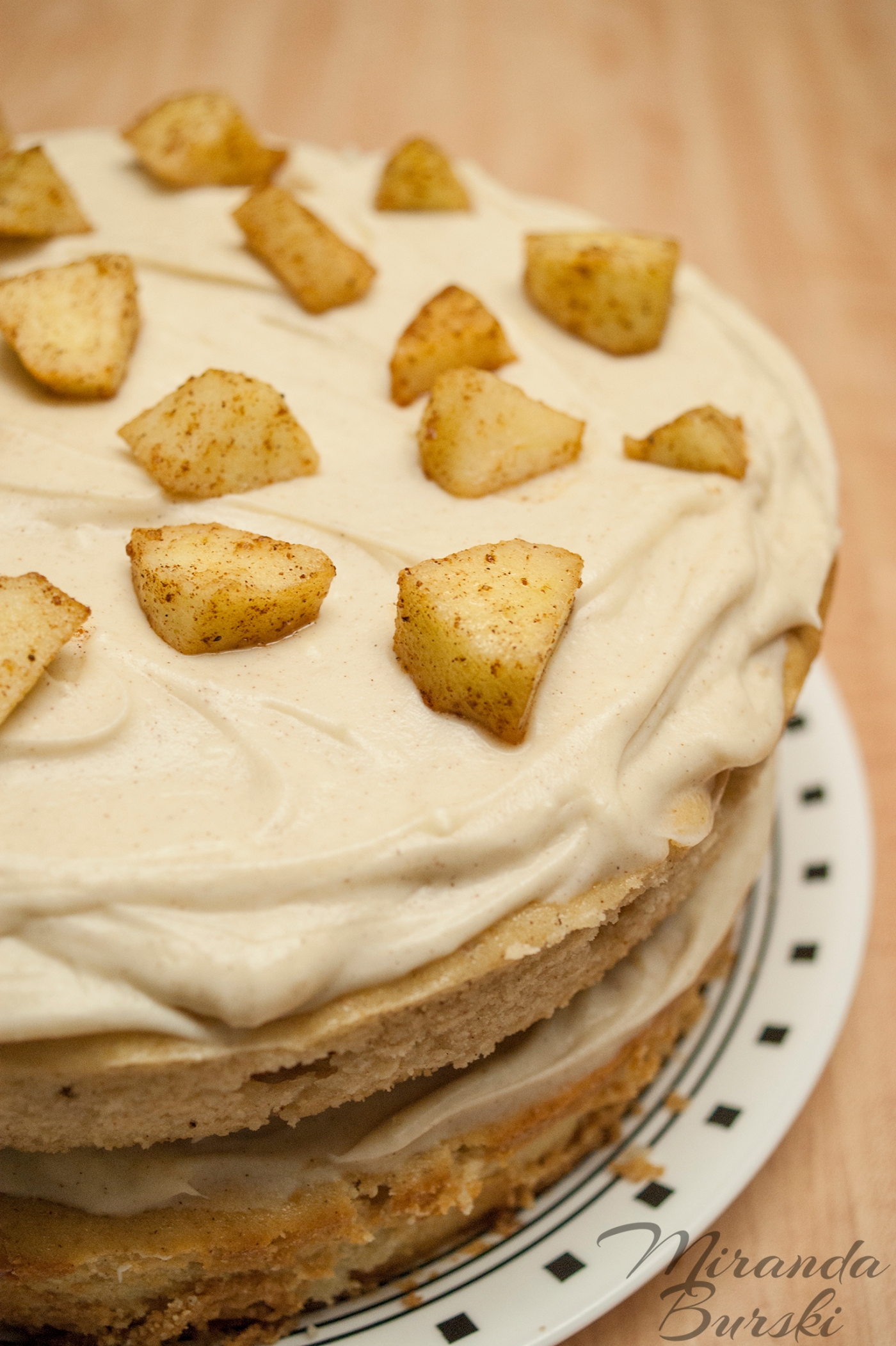 In some ways, I’m very late in getting this recipe posted. I meant to have it up months ago, but, well, I just never seemed to get it written.

But you know what? Posting it now works so much better, because this Apple Cake is perfect for fall. Apples are ready to be picked, and the spiced vanilla base is the perfect flavour for this time of year. You really can’t go wrong with it.

While I have no regrets about the timing of this post, I do regret making you wait this long to try it. Because, really, it’s a delicious cake. You’re going to love it.

The recipe is based off of my Apple Pie Cupcakes recipe, but adapted slightly for the purposes of cake-baking. The taste stayed much the same, though. It still has that creamy-yet-spiced base that most people seem to crave in the fall, with a bite of apple sprinkled throughout.

One main difference, though, is the size of the apple bites. This being a cake, you’ll want to keep those apple chunks a little bigger than you would if you were baking cupcakes. It makes for a better balance that way.

In terms of the type of apple, I usually stick with a simple green apple. I like the strong flavour they provide. You can go with whatever type you like best, though. Just make sure it’s something you’re going to taste against the spices and the cake.