I don’t think she was expecting the sound of the camera’s shutter.

This, my friends, is Cookie. I’ve had her since June, and I’ve taken plenty of pictures of her since then.

Seriously, I’ve had to resist posting some on social media because I don’t want to become “that person.”

But my social media picture-posting habits don’t matter at the moment. What does matter is that Cookie’s usually fine with the picture-taking. She ignores the sound of the camera shutter, usually only getting upset if the flash goes off.

I mean, check out how relaxed she is in this photo, taken in early December: 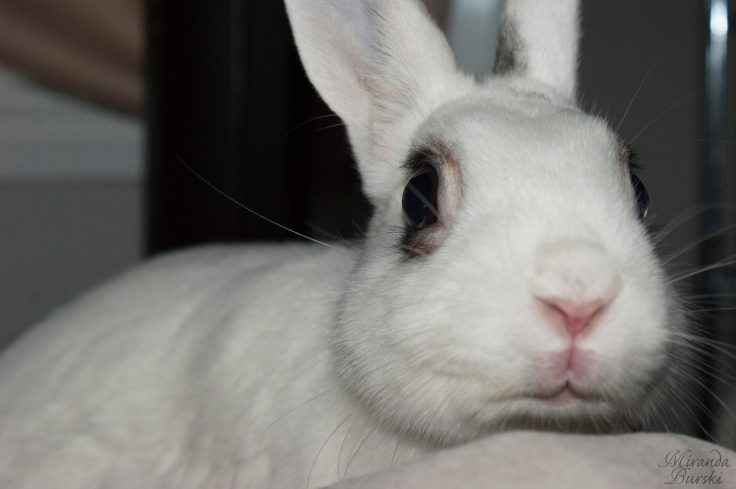 I was fairly close to her, and she didn’t even flinch. She just stared at me, probably wondering why I had interrupted her chill-out time.

So seeing how much she had been caught off-guard in that first photo made me wonder what had been so different. Had I been closer to her that time? Had she not noticed the camera before I snapped the picture? Or had she just been upset that I had taken her attention away from her new treat ball?

I’m not sure I’ll ever really know.