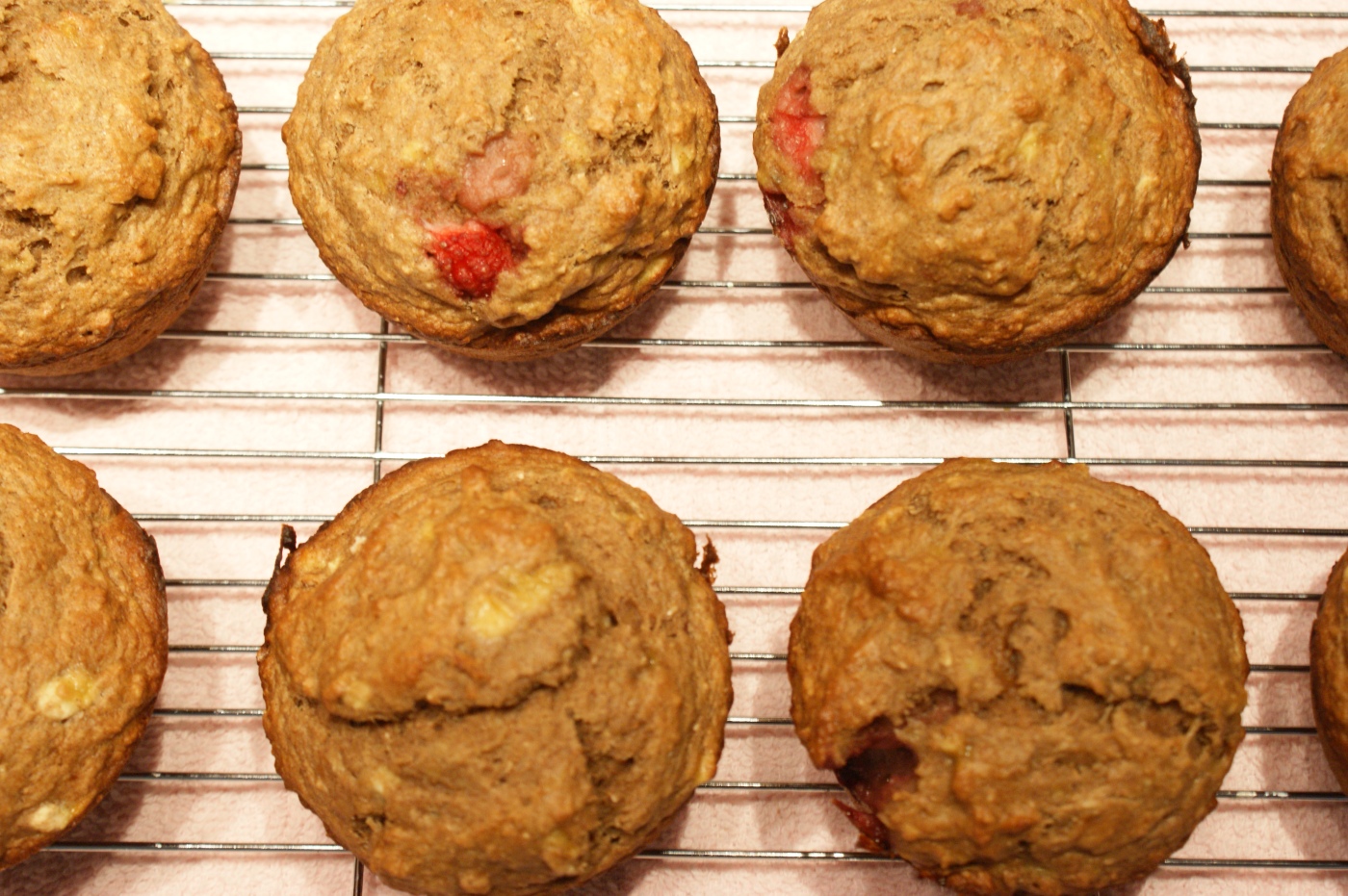 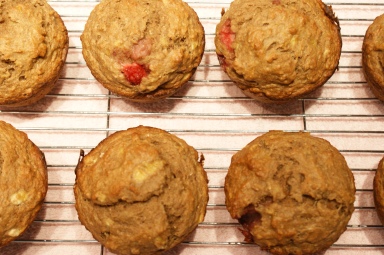 Muffins are just awesome, aren’t they? They’re almost like cake, but more acceptable to eat for breakfast. 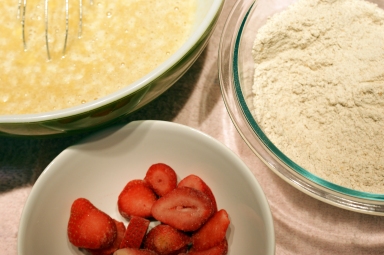 My favourite part of these muffins is their flavour. I was a bit hesitant about them at first – I’m not a fan of apple sauce, and this recipe calls for half a cup – but I had some whole-wheat flour in my cupboard I wanted to put a dent in, so I figured I’d give them a shot. I’m glad that I did. The banana, strawberry and cinnamon all come together wonderfully, and I barely even taste the apple sauce.

There are a couple of notes that I should make for this recipe, though. I found I had to bake mine longer than was recommended; my muffins needed an extra five minutes before they were fully cooked. My strawberries also came out a bit sad-looking (they turned pretty pale and deflated a bit), but I haven’t quite figured out how to fix that. 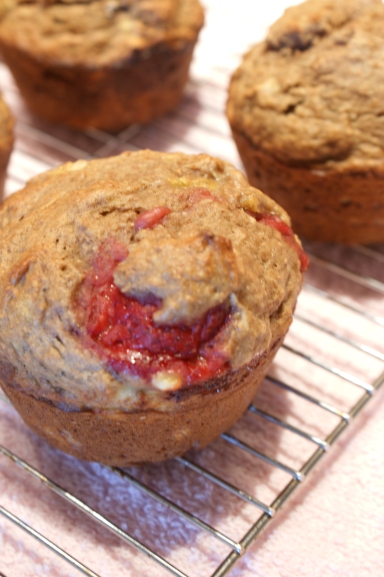 I ended up with eight muffins in total. I kept a few out – one for breakfast for each of the three days after I made them – and put the rest in the freezer. Taking one out in the evening and letting it thaw resulted in an easy, tasty breakfast the next morning.