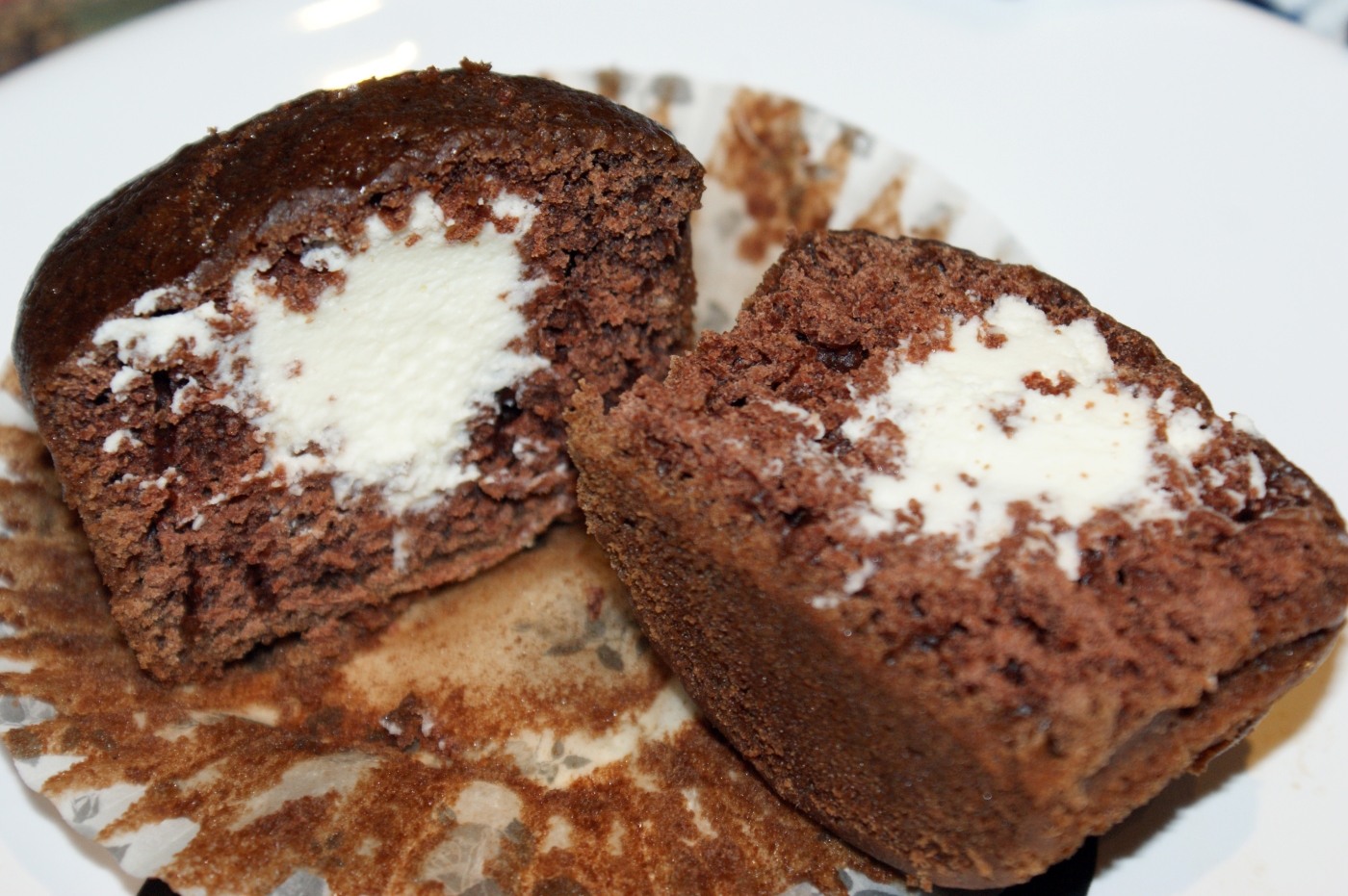 …Can you tell I had a bit of a chocolate craving when I made these?

Okay, to be honest, I was trying to figure out a way to mimic Oreos through cupcakes. This recipe almost got me there, but I still want to do a little work with it. And add some frosting.

First off, I should say that my inspiration for the White Chocolate Cream Filling came from the Journal Sentinel’s Make your own Oreos? Yes, and tweak the filling, too! post. It’s a pretty easy filling to make, but you’ll want to start it early in the day – you need to let it sit for six hours before you use it. I changed mine slightly, adding a bit of extra whipping cream at the end. The change resulted in a slightly firmer, creamier-tasting filling than the Journal Sentinel’s, but I’m sure you could use either one.

The cupcakes, too, are fairly easy to make. And as a bonus, they only use one bowl. Who am I to complain about less clean-up?

The result is a wonderfully moist cupcake with a sweet-yet-creamy filling that won’t make a mess by spilling out as you eat it. I kept mine refrigerated (I wasn’t comfortable leaving them out because of the cream), which made the filling just a little bit firmer. Plus, the coolness of the filling complimented the richness of the cupcake really well.

I think, if I were to add frosting to these, I would make it a whipped cream frosting that doesn’t have much sweetness to it. I’d also consider adding some Oreo baking crumbs to it, just for that extra bit of chocolate kick.