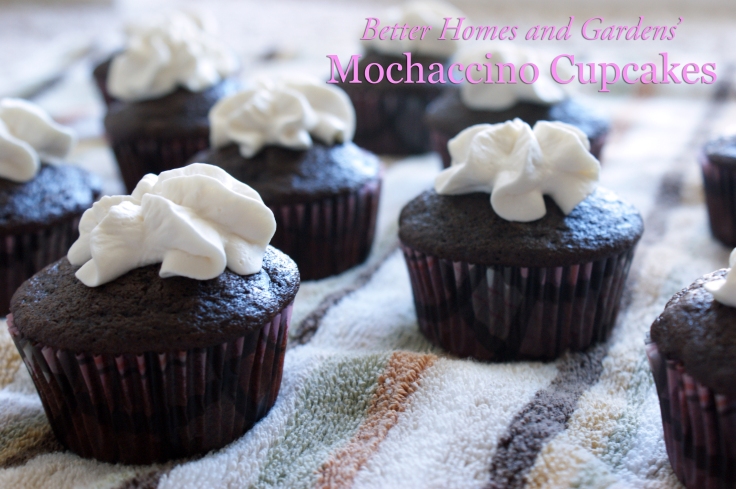 I’ve never been a big fan of coffee. I just find it too bitter, and even the addition of milk and sugar doesn’t help.

But if you add flavouring and a lot of milk to that coffee, turning it into a mocha or a latte? Well, I have no problem drinking that. And ever since it hit me that I can make a mocha at home before leaving for work, I’ve kept plenty of coffee and hot chocolate mix on hand. I just brew a cup of coffee, and mix half of it with milk-based hot chocolate. The other half of the coffee gets covered and put in the fridge, ready for the next morning’s mocha.

I have to plan my mocha-drinking mornings strategically, though. I tend not to drink homemade mochas on the weekends, for some reason, and so I don’t like to be stuck with half a mug of coffee at the end of the workweek.

Unfortunately, due to an incident involving a coffee explosion in my microwave (I’m still not entirely sure what happened there…), that’s exactly what happened to me a couple of weeks ago. I wasn’t sure what I was going to do with the extra half-mug of coffee, until I spotted Better Homes and Gardens’ Mochaccino Cupcakes. 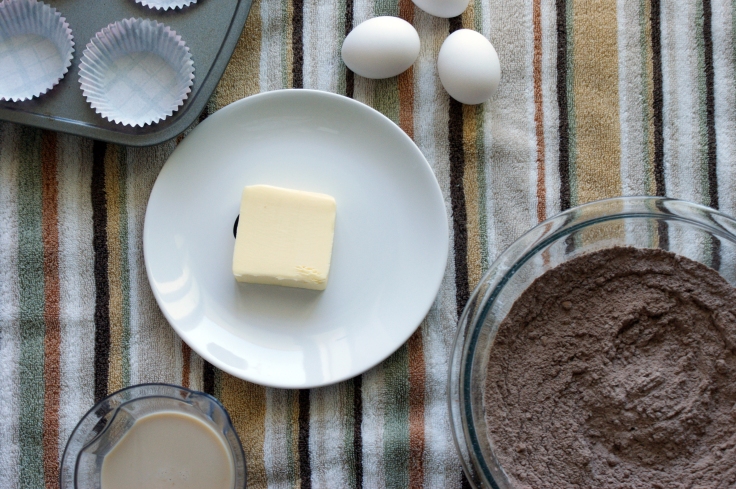 The cupcakes looked absolutely delicious in the recipe’s photo, and it looked like the recipe called for enough chocolate that the taste of the coffee wouldn’t be too strong. The only (very slight) problem was that I didn’t have enough coffee for both the cupcakes and the coffee buttercream. But I thought that a whipped cream frosting would make for a good substitute, so I considered that problem easily solved.

One of the best parts of this recipe is that it came together easily. I made sure to let my butter and eggs sit for about a half hour (I have a bad tendency to skip that step), and then everything was ready to come together. Once it had, I was left with what was, quite possibly, the lightest cupcake batter I’ve ever made. I’m not sure if that was due to the ingredients, letting the butter and eggs sit, or using my stand mixer, but, regardless, I was happy with the result. 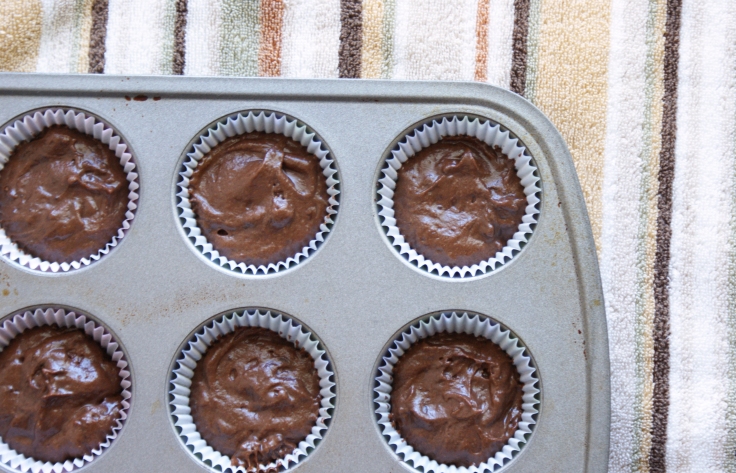 I think my only complaint regarding this recipe is something that was, essentially, my own fault. I loved the raw batter when I taste-tested it. (I know it’s bad to be eating raw batter, but I can’t help myself.) It reminded me of a Coffee Crisp chocolate bar, a popular treat here in Canada. It has a nice, subtle coffee flavour that complements the chocolate really well. But once the cupcakes were cooked, that coffee flavour had entirely disappeared. It was slightly disappointing, but it just meant that I had chocolate cupcakes instead of mocha cupcakes, so it wasn’t too big of a deal.

I’m fairly certain that the lack of coffee flavour would be fixed by using stronger coffee than what I used, so I know this recipe still has the potential to be great. I just have to remember to buy the right type of coffee the next time I plan on making them.

Oh, and the whipped cream frosting ended up being the perfect topping for these cupcakes. It was light enough to balance the richness of the chocolate, and the little dollops rather than fuller piles meant the frosting didn’t overwhelm the dessert.

All in all, I’d consider these a success, and they’re definitely going on my “Make Again” list.