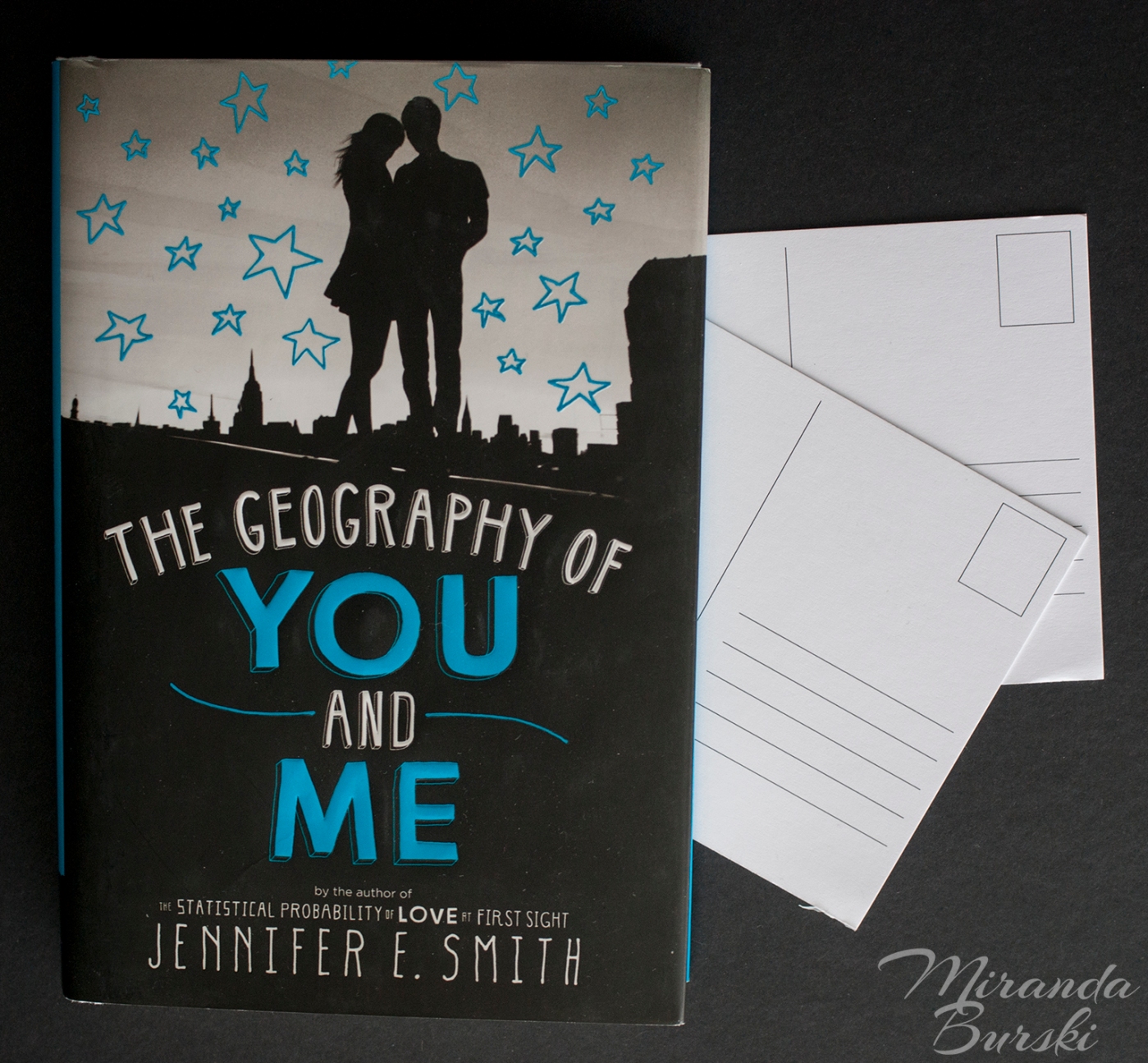 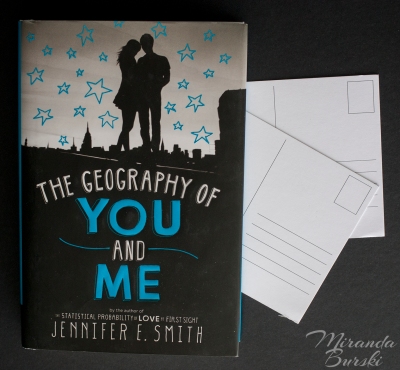 We all crave something that makes us feel good once in a while. For me, one of the ways of satisfying that craving is finding a light, romantic, will-they-or-won’t-they (you know they will) sort of book.

The Geography of You and Me, by Jennifer E. Smith, had been sitting on my shelf for months. I was saving it, hoping that it would be the perfect choice when I had exactly the type of feel-good craving I just described. That craving hit me hard back in December, and The Geography of You and Me immediately popped into my mind. I didn’t hesitate to pick it up and start reading.

And you know what? It didn’t let me down.

After being trapped together in an elevator during a city-wide blackout, Owen and Lucy quickly form a bond that grows into a strong, if brief, friendship. When their relationship is cut short when Lucy moves to Scotland and Owen travels America with his father, the two keep in touch via a series of postcards and emails. That may not be enough, however, to shorten the ever-growing distance between them.

The Geography of You and Me is a really sweet sort of read, both in terms of its content and the writing style itself. Smith’s writing is almost rhythmic, really, and I love her descriptions. She does a wonderful job of telling you a lot about a character in just a few words.

Most of all, however, it was the story itself that kept me reading. Yes, I pretty much knew what was going to happen; this is a romance, after all. There were a few sad moments thrown into the book, though, along with some turns that I didn’t see coming. It’s exactly the sort of story that you can easily lose yourself in reading.

Lucy and Owen meet somewhere between the tenth and eleventh floors of a New York City apartment building, on an elevator rendered useless by a citywide blackout. After they’re rescued, they spend a single night together, wandering the darkened streets and marveling at the rare appearance of stars above Manhattan. But once the power is restored, so is reality. Lucy soon moves to Edinburgh with her parents, while Owen heads out west with his father.

Lucy and Owen’s relationship plays out across the globe as they stay in touch through postcards, occasional e-mails, and—finally—a reunion in the city where they first met.

A carefully charted map of a long-distance relationship, Jennifer E. Smith’s new novel shows that the center of the world isn’t necessarily a place. It can be a person, too.