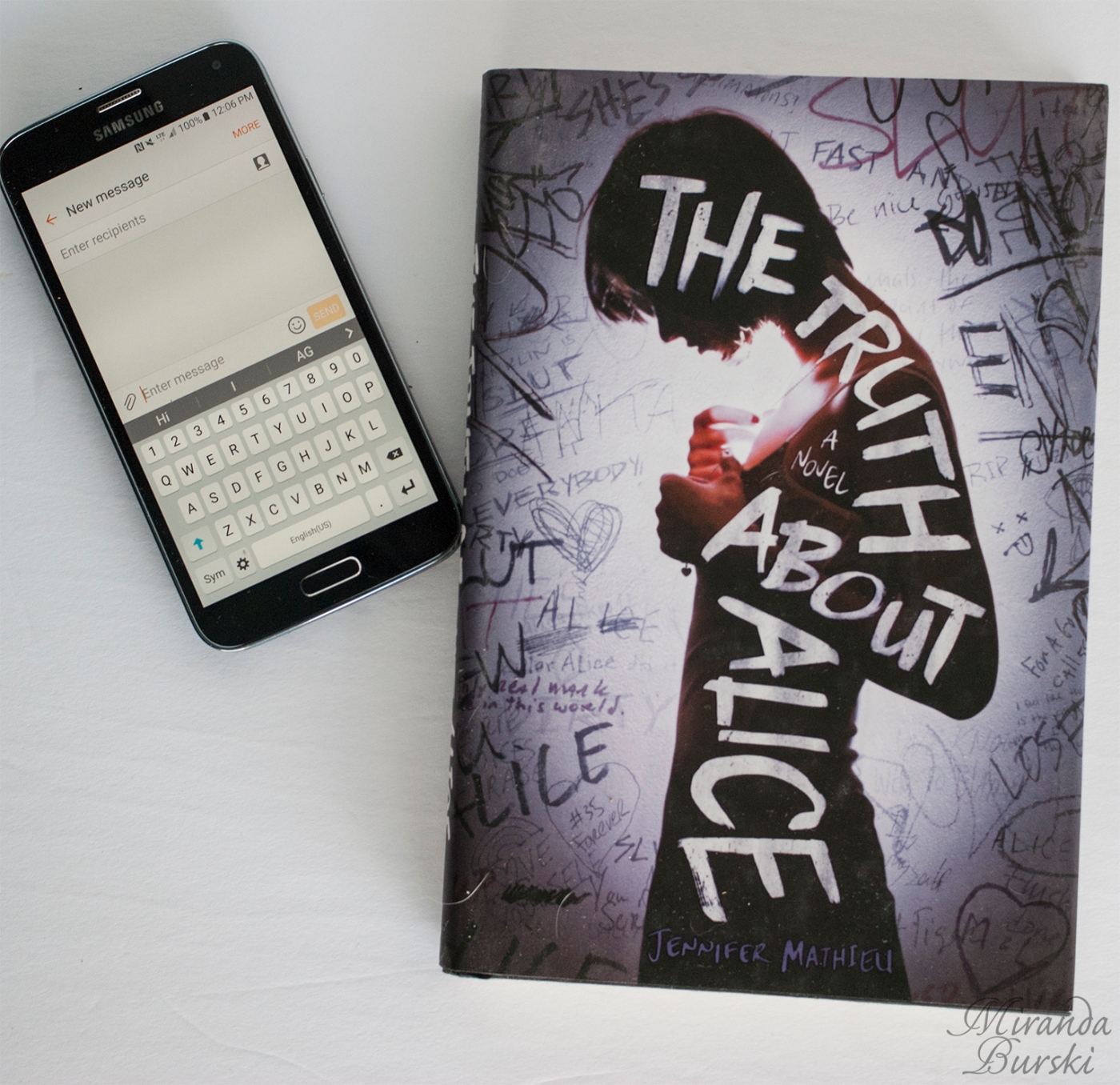 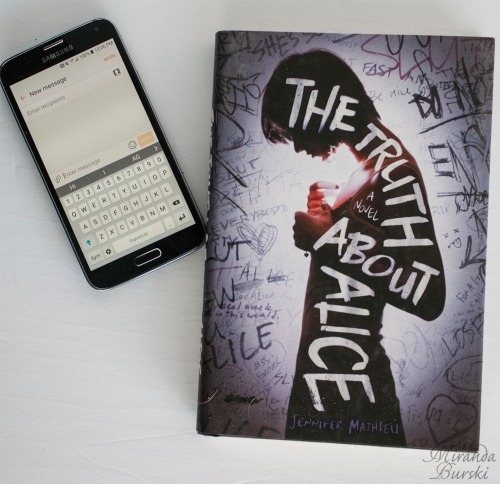 I can’t remember what initially led me to The Truth About Alice, by Jennifer Mathieu. I may have read a review somewhere, or maybe I just came across it while browsing through a bookstore.

What I do remember is that I fell in love with that cover as soon as I saw it. There’s something in the jagged handwriting and dark silhouette that just sends out so much emotion. It’s clearly a promise–one that the novel doesn’t hold back on keeping.

From the moment I read the first line of The Truth About Alice, I found myself unable to put the book down. I had–or thought I had–a vague idea of what actually happened to Alice, but I needed to know for sure.

You know what? I was wrong about what actually happened before the novel started, and what would happen at the end. And I am so glad about that. I liked the ending so much more than what I had imagined.

Everyone knows Alice slept with two guys at one party.

But did you know Alice was sexting Brandon when he crashed his car?

Rumor has it that Alice Franklin is a slut. It’s written all over the bathroom stall at Healy High for everyone to see. And after star quarterback Brandon Fitzsimmons dies in a car accident, the rumors start to spiral out of control.

In this remarkable debut novel, four Healy High students—the girl who has the infamous party, the car accident survivor, the former best friend, and the boy next door—tell all they know.

But exactly what is the truth about Alice? In the end there’s only one person to ask: Alice herself.