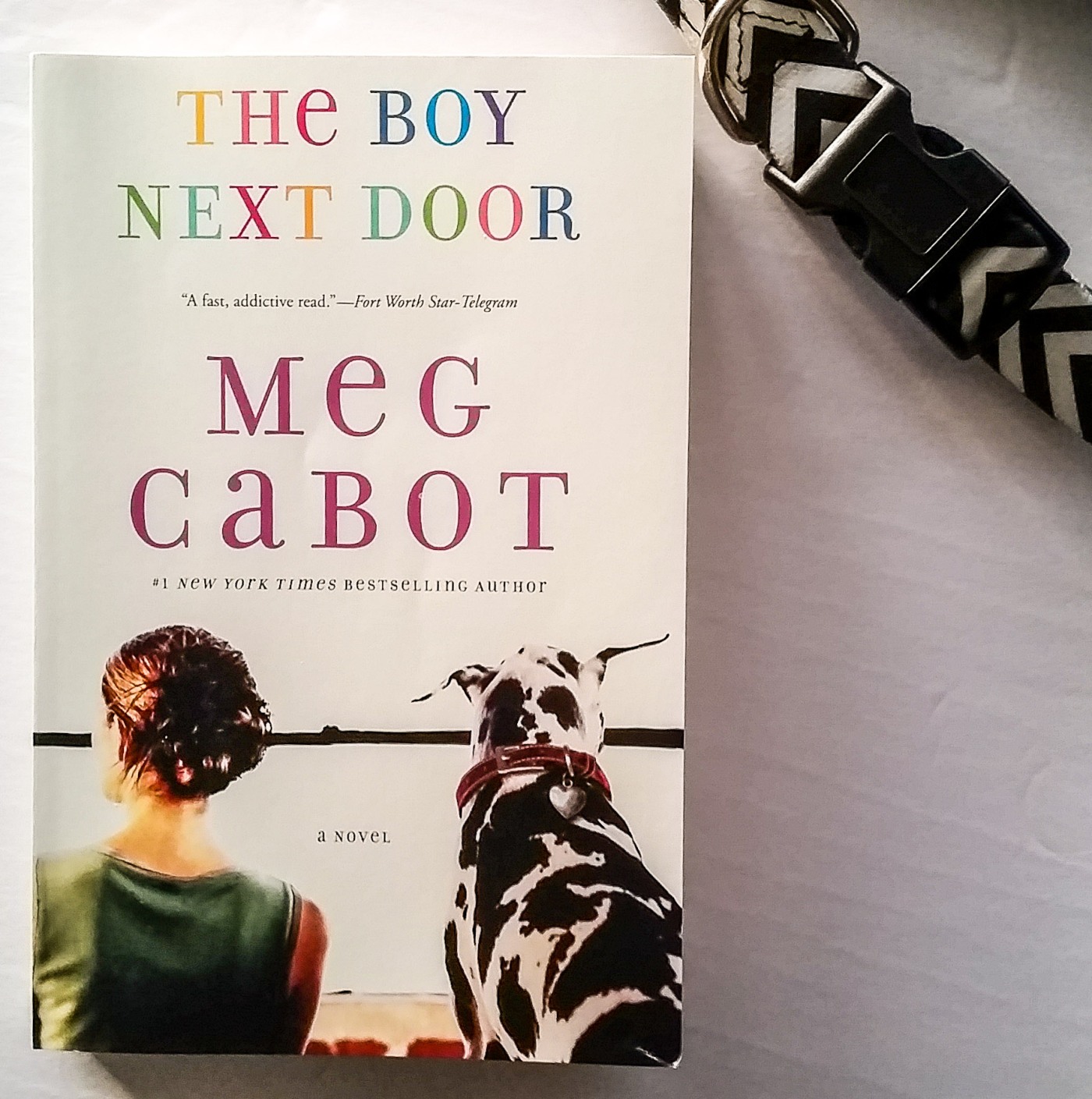 There are some authors that a book-lover just can’t help going back to. Or a lot of authors, depending on the book-lover in question. I’m no exception to that, and one of my favourite authors is Meg Cabot.

There are many things about Cabot’s writing that appeal to me, but I won’t get into that today–I’m saving that for part of an upcoming series of posts. Instead, today I’d like to talk to you about the Cabot book I read most recently: The Boy Next Door.

After Mel’s next-door neighbour Mrs. Friedlander is attacked and left in a coma, it’s up to Mel to find someone to take care of Mrs. Friedlander’s pets. She tracks down the woman’s nephew, who agrees to return to New York City as soon as possible to care for the animals. But when he sends someone else to fill his role, Mel finds herself growing closer to a man she’s not entirely sure she can trust.

The best way I can describe starting this novel is this: it was like falling back into a conversation with an old friend. It’s been a while since I’ve read one of Cabot’s novels, and apparently I missed them. This one had me feeling warm, content, and thoroughly engrossed.

Sure, I had a general of what was going to happen. It’s hard not to; the book is presented as emails between a variety of characters, so the reader knows more of what’s going on than Mel does. It works really well, adding an extra element of suspense that makes me not want to stop reading.

Gossip columnist and single New York City girl Mel lives in the most exciting place in the world, yet she’s bored with her lovelife. But things get interesting fast when the old lady next door is nearly murdered.

Mel starts paying closer attention to her neighbors—what exactly is going on with the cute boy next door?

Has Mel found the love of her life—or a killer?

4 thoughts on “Book recommendation: The Boy Next Door, by Meg Cabot”