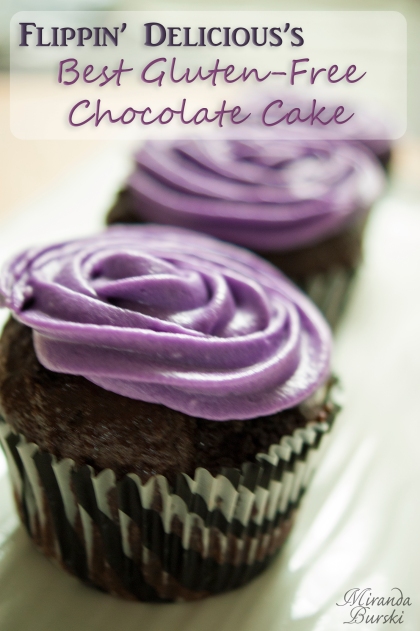 Time for a confession: I’ve never gone out of my way to make a gluten-free dessert before. I mean, I’ve made them, but it’s always been purely coincidental.

Right up until this past July, that is. For Gerda’s bridal shower last month, I volunteered to make half of the cupcakes. Someone else was working on the vanilla ones for the dress-shaped cake, so I figured I’d make chocolate. I was a little more hesitant when they asked I make them gluten-free, but I decided to give it a shot. I could make a test batch ahead of time and, if they didn’t work out, I’d switch to a boxed kind–one that was less likely to go wrong.

I’m happy to say that my attempt to make home-made gluten-free cupcakes went quite well, all thanks to Flippin’ Delicious’s Best Gluten Free Chocolate Cake. 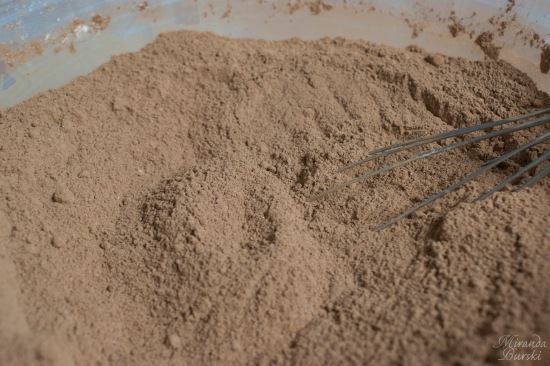 Honestly, I don’t think I could have asked for an easier cupcake recipe. The hardest part was finding the ingredients to make the flour mix–two parts rice flour (one part each white and brown), one part tapioca starch, and one part potato starch. Add in a little xanthan gum, and you’ve taken care of the ‘gluten-free’ part of the recipe.

It was hard to go wrong after that. True, I thought I went wrong after adding the oil and water, but that’s only because the mixture takes on an odd texture at that point. It gets better after the next few ingredients, I promise.

I even doubled the recipe, because I was worried there wouldn’t be enough cupcakes if I didn’t. Things turned out just as well as they did when I made the regular-sized test batch, so I wouldn’t have a problem recommending you do the same.

The one thing that did almost cause a problem was my own mistake. I ran out of brown sugar partway through the recipe, coming out with a cup less than the doubled recipe called for. I subbed in a cup of white sugar, though, and didn’t have a problem. 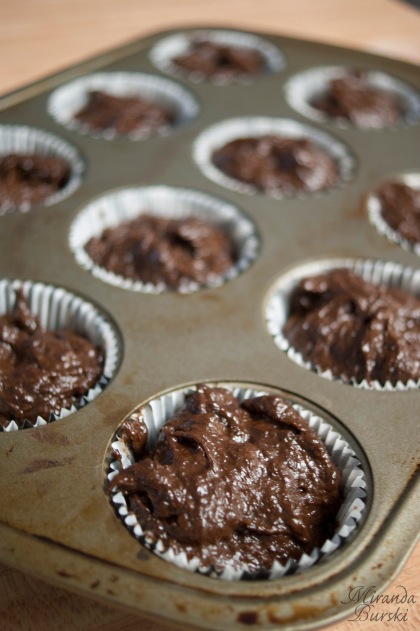 One more note before you get started with these: I found the batter was thick and sticky, and had a habit of keeping its shape when it bakes. That means that, if I didn’t even them out ahead of time, I wound up with some funky-looking tops.

But, hey, that’s what frosting is for, right?

(Speaking of which–make sure you come back next week for my latest recipe: Mocha Cream Frosting, used to top these fantastic cupcakes.)

In the end, these cupcakes turned out to be a big hit. The gluten-free people at the bridal shower loved them, as did the people at work when I took in leftovers. In fact, my coworkers couldn’t even tell they were gluten-free; the cupcakes were just as moist and flavourful as any other chocolate cupcake.