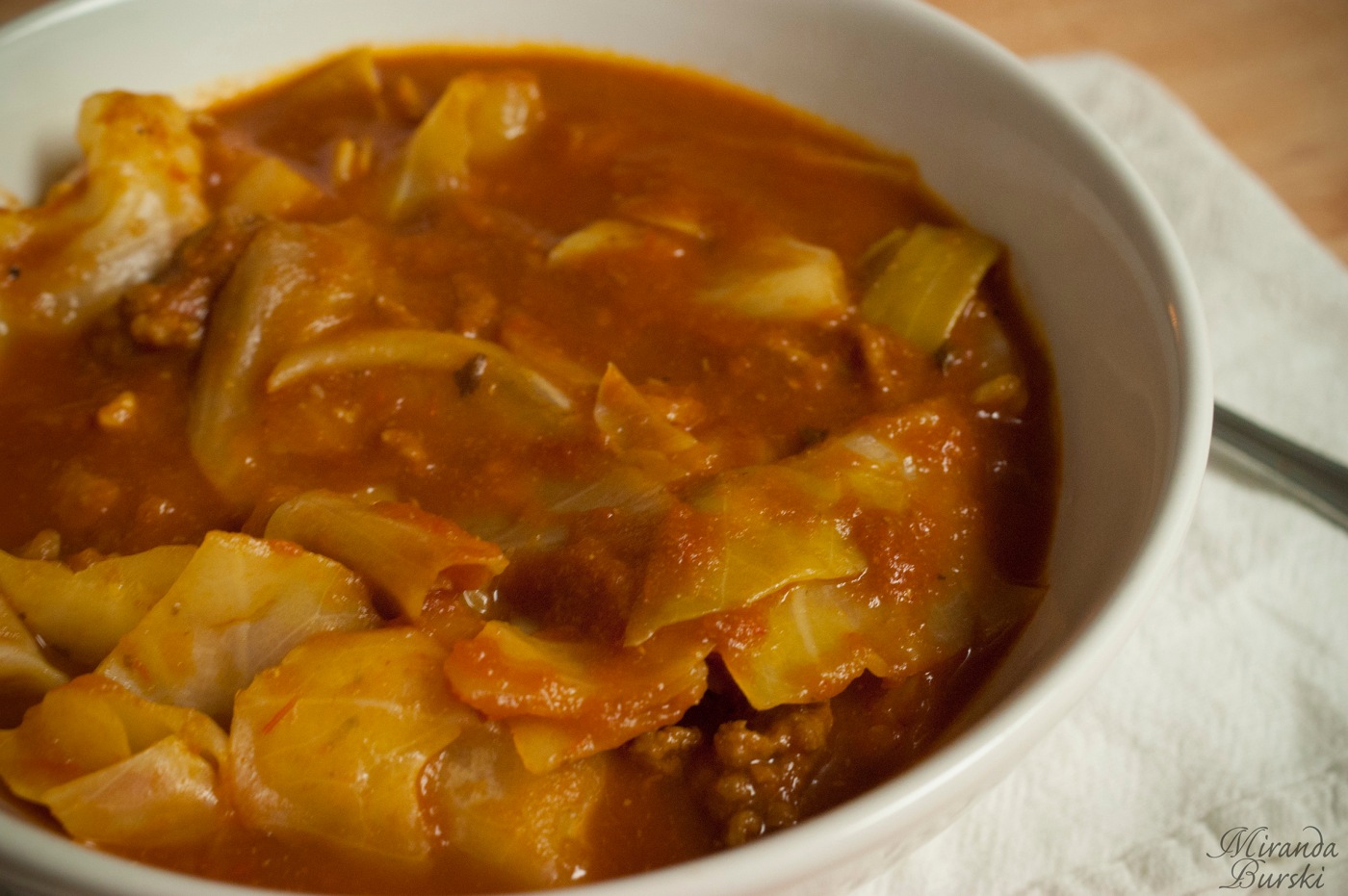 Oh, cabbage rolls. I’ve never actually made them myself, but I’ve eaten them at just about every big meal we had on my mom’s side of the family. Christmases, Easters, Thanksgivings… they always seemed to be on the table.

Usually, they were the cabbage and rice kind, smothered in tomato soup. But occasionally we’d have the ones with meat in them–I think it was beef, though it’s possible we had some with pork. And I think I even had one with salmon in it once, though that wasn’t with my family.

Either way, cabbage rolls have always been something I’ve enjoyed. So when I saw this Unstuffed Cabbage Roll Soup recipe by Gal on a Mission,  I didn’t hesitate to save it.

Overall, I was pretty happy with how the soup turned out. It was quick and easy to make, and only needed one pot. Well, that and a cutting board, knife, and spoon, but that’s still not bad.

I did make a few slight alterations to the recipe, though. The onion I’d bought… well, it didn’t look so great after I’d peeled it. So I switched that out for some onion powder, instead. Then I added an extra half a cup of broth, as there seemed to be far too little in the pot. I’m still not completely happy with the broth-to-cabbage ratio, so I think I’ll add a bit more next time, but other people may not mind it so much. I just tend to like lots of liquid in my soup.

You’re probably wondering, though, how the soup tasted. That’s usually the most important part after all, isn’t it?

While it didn’t taste exactly like a cabbage roll (I probably would’ve needed to add some rice for that), it was pretty close. The tomato seemed to be the strongest flavour. It overpowers the cabbage a bit, but not so much that I didn’t enjoy it. I think I may add some more herbs or spices next time, though, to try to balance that out better. 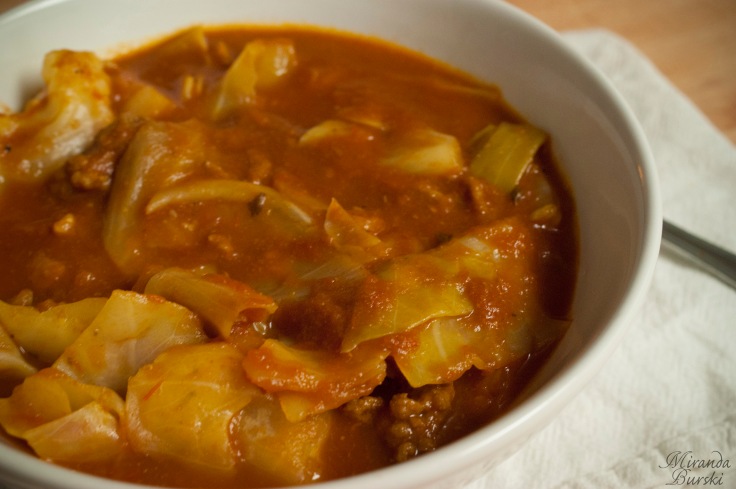