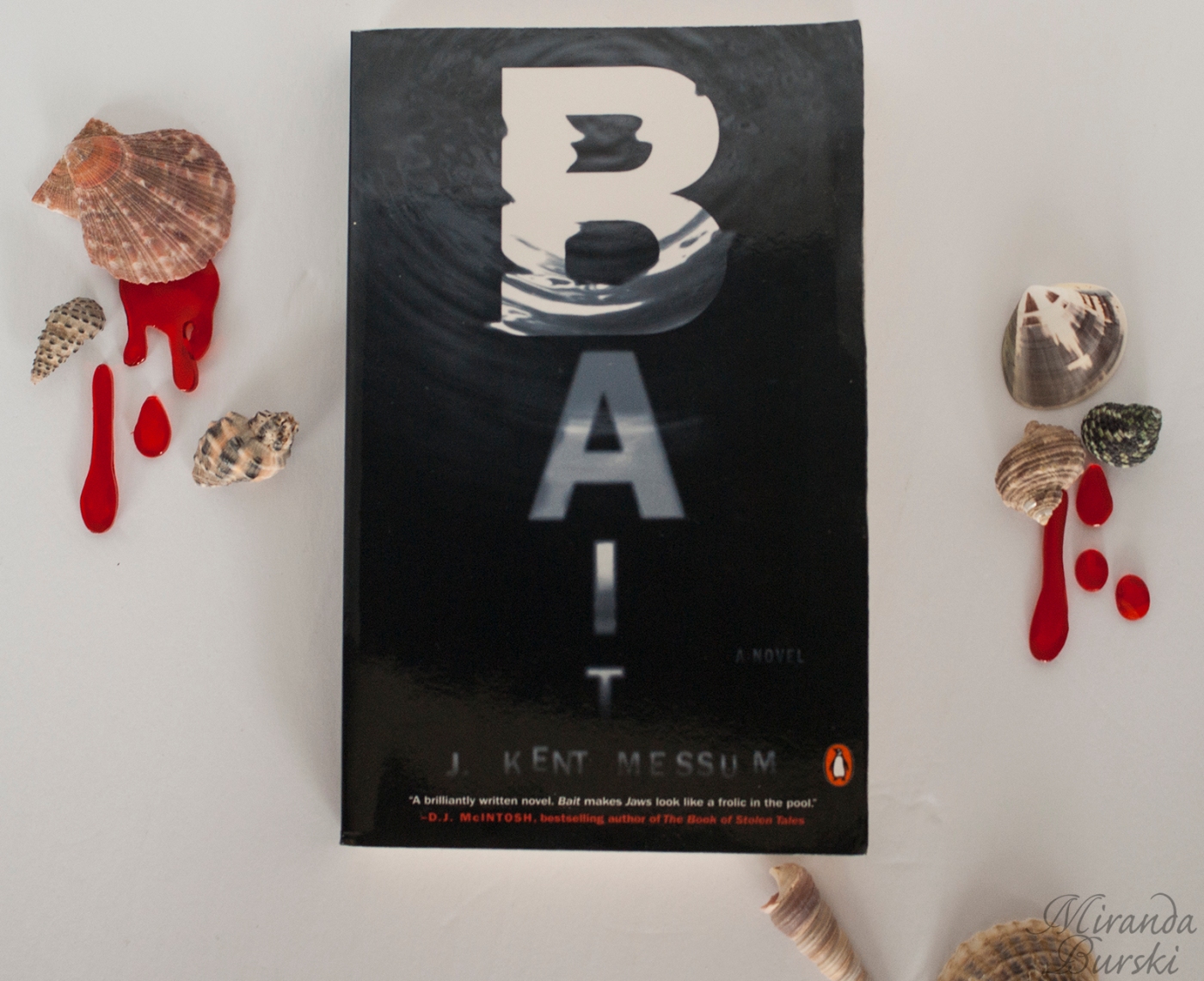 (Note: This recommendation was first published in October of 2013. You can see the original version here.)

If you’re at all like me and you’re craving a tense, thrilling, at least somewhat-scary type of book right now, then you’ll definitely want to add Bait, by J. Kent Messum, to your list. True, it’s been a while since I last read the novel. That doesn’t change how I feel about it, however.

The six strangers who wake up together on the island have one thing in common: they’re all heroin addicts. It doesn’t take them long to figure out that’s why they’ve been taken, and that their captors are playing a sick game with them. On the next island is a cache of pure heroin, and on their own, nothing but withdrawal. In the water between the two are ravenous creatures–creatures the group can’t possibly hope to out-swim.

There’s a lot to love in this novel, but my favourite aspect is the way Messum is able to get the reader to sympathize with his characters. Being heroin addicts, they aren’t exactly the type of people who most others tend to have positive feelings toward. Messum, however, coaxes the reader away from a negative bias and into a place where they want the addicts not only to make it out alive, but to come out on top of their captors.

Now, all of that said, I should add a warning: Bait won’t appeal to everyone. There’s a fair amount of gore, so it’s best suited to someone with a strong stomach.

No one is coming to your aid. We have ensured this.

Six strangers wake up on a remote island in the Florida Keys with no memory of their arrival. They soon discover their common bond: all of them are heroin addicts. As the first excruciating pangs of withdrawal make themselves felt, the six notice a yacht anchored across open water. On it lurk four shadowy figures, protected by the hungry sharks that patrol the waves. So begins a dangerous game. The six must undertake the impossible—swim to the next island where a cache of heroin awaits, or die trying. When alliances form, betrayal is inevitable. As the fight to survive intensifies, the stakes reach terrifying heights—and their captors’ motives finally begin to emerge.